Purpose of the workshop:

The workshop aims at, on a multidisciplinary basis:

This second workshop will gather a number of academics (1) who have constructed indicators of their own or (2) who have developed innovative methodologies to use the availlabe data or (3) who have criticized some of the indicators currently used. It will, hence, focus on the methodological challenges in the construction of quantitative approaches of law, institutions and there socio-economic impacts.

Friday, 14th December
Morning session
Data Bases and their use

The intent of the Comparative Constitutions Project is to investigate the sources and consequences of constitutional choices. Towards this end, the investigators are collecting data on the formal characteristics of written constitutions, both current and historical, for most independent states since 1789.  The data collection is fairly well advanced at this point, and the investigators have begun the analysis of a set of research questions that motivated the project.  In this presentation, the investigators describe some of the conceptual and measurement issues involved in the design of the project, the theoretical questions that motivate the research, as well as some findings from preliminary analysis of the data.

In the last decade, economists have produced a considerable body of research suggesting that the historical origin of a country’s laws is highly correlated with a broad range of its legal rules and regulations, as well as with economic outcomes. We summarize this evidence and attempt a unified interpretation. We also examine the effects of legal origins on resource allocation and economic growth. Finally, we address a broad range of objections to the empirical claim that legal origins matter.

The first part of this presentation will review different approaches in measuring labor legislation. The second will summarize recent results assessing the impact of labor legislation on a key set of economic indicators such as employment, output, productivity, wages or number of firms.

It is well documented that legal origins influence the quality of institutions around the world; however, specific mechanisms through while legal origins have a persistent influence on the quality of institutions are not well understood. In this presentation we argue that civil law and common law origins in the American states affect courts and judges through their persistent influence on state legislatures. We first document that political culture in state legislatures in the American States is highly persistent during 1860-2000. We then show that legal origins are persistently related to how state legislatures treat their judges based on two bodies of evidence. First, during the course of the twentieth century legislatures in civil law states need the pressure of political competition to increase judicial independence while common law legislatures do not. Second, drawing on the model of Maskin and Tirole (2004), we predict that if legislatures in civil law states prefer a relatively weak judiciary, then they would make larger budget cuts to their courts as their judges become more independent. We find this prediction holds during 1960-2000.

It is argued that a number of judicial procedures increase the predictability of court decisions. This is conjectured to induce more transactions and higher investment levels which should, in turn, lead to higher growth. This paper asks whether the factual implementation of various judicial procedures has any significant and robust effects on economic growth. All in all, 15 procedural devices like the right to counsel, the right to present a defense, the presumption of innocence, and the right to appeal are analyzed. On the basis of 67 countries, it turns out that timeliness, written – as opposed to oral – procedures, and the right to counsel have a robust positive effect on growth, whereas the number of independent procedural actions as well as the presumption of innocence have negative effects on growth. Our results partially contradict the results of former studies based on the Lex Mundi dataset.

This paper presents a new methodology aimed at building institutional indicators. Up to now, all the available indicators have relied on an analysis of the supply of legal protection. Conversely we propose here a methodology based on the analysis of the demand for legal protection, as it is revealed by the choices of economic agents when designing contractual agreements, and which is inspired by Oaxaca’s approach of discrimination on labor market [1973]. We rely on Transaction Cost Economics to analyze how agents design specific contractual clauses given the institutional environment. Observed differences between contracts established in contrasted institutional environments can then be interpreted as differences resulting from the later, if appropriate control variables are taken into account. We provide also an illustration based on a database of international licensing agreements developed with the French Patent office (INPI). As a main result, we highlight a stronger protection of intellectual property in Germany than in the US, as well as the weaknesses of the Japanese institutional framework on this ground.

Over recent years, both governments and international aid organizations have been devoting large amounts of resources to “simplifying” the procedures for setting up and formalizing firms. Many of these actions have focused on reducing the initial costs of setting up the firm, disregarding the more important role of business registers as a source of reliable information for judges, government departments and, above all, other firms. This reliable information is essential for reducing transaction costs in future dealings with all sorts of economic agents, both public and private. The priorities of reform policies should therefore be thoroughly reviewed, stressing the value of the legal institutions rather than trivializing them as is often the case.

This paper extends recent debates over the most appropriate ways to conceptualize aspects of what might broadly be considered ‘governance,’ and investigates the consequences of these decisions for the measurement of the concept and its subsequent use in social scientific analyses.  In doing so we consider explicitly the effects of conceptual choices over the content of different aspects of governance – in particular, the distinctions among an ‘institution,’ a ‘policy,’ and perceptions of either of these.  We then examine prevailing approaches to measurement, and the implications that these conceptual choices have for their validity.  Finally, we examine the consequences of nonsystematic error in the measurement of aspects of governance for the robustness of established findings.  We conclude with suggestions for alternative approaches to the construction of governance measures, focusing in particular on the move from perceptual to objective indicators.

We report in this paper principal component regressions of growth and income on existing measures of institutions to assess which institutions are the most important for economic performance. We varied the sets of variables to search for robust effects of institutions. Our major finding is that broadly defined institutions of checks and balances limiting the power of the executive are the most robust institutional determinants of growth. There is also some evidence that a democratic, participatory and anti-authoritarian culture matters. These effects are even stronger in instrumental variable regressions.

The scientific wealth of nations with special reference to MENA region: a cross-country productivity analysis of academic research 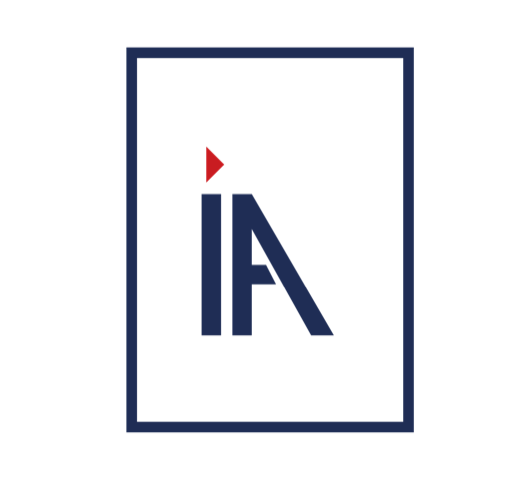