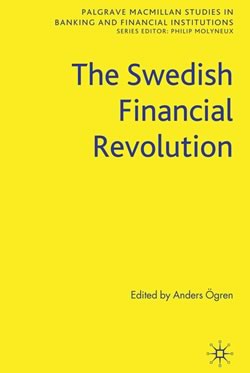 Today the existence of a financial system might be taken for granted in all economically developed countries. It is hard to imagine society without one. Despite financial setbacks and problems, as today during the financial crisis, there is no doubt that a well-functioning financial system promotes economic wealth. However, in Sweden finance was, for a long time and until recently, a matter that concerned only a few people. During a short period of time from the 1850s to the 1870s many institutional and organizational changes spurred a rapidly increasing financial deepening that took off in the late 1860s. But as finance becomes a matter for the general public, so do financial crises. This books tells us why and how this financial revolution took place and how it affected not only all sectors of the economy but also politics.