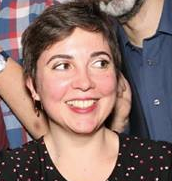 
I am an Associate Professor (Maître de Conférences) at Paris Nanterre University and EconomiX.

During my PhD, I discussed the perspective of Justice theories (utilitarianism, rawlsianism, libertarianism, liberal egalitarianism) on urban residential segregation (Tovar, 2011). I have worked on the normative framework of urban well-being measurement, developing a capabilist-based multidimensional definition where location matters when measuring opportunities and agency freedom. An initial implementation was focused on poverty and segregation and an improved revision scrutinized local inequalities in the Paris region. The bottom line: going past income issues and using a broader, normatively-justified definition of well-being sharpens the perception of the social divide of the Paris region!

Focusing on another aspect of urban inequalities, I have also worked on the development of a new measure for local job accessibility, with a work-in-progress public-policy-oriented extension [with Matthieu Bunel].

Working from a spatial point of view challenges standard Justice theories. I am currently working on this issue; using empirical social choice to do so seems fun and promising.

I've been lucky to benefit from an ANR 'Jeune chercheur' grant to fund survey to follow this line of research.

In particular, I am interested in finding evidence on the support of Sen’s well-being conceptualization, on three aspects.

In my PhD thesis and early work, I justified my focus on Sen’s capability approach (instead of a more traditional utilitarian view) because of the relevance, in my mind, of the adaptive preferences argument in a segregation framework. Indeed, if we agree that one’s residential location hinders on one’s perception of Society and on one’s possible achievements and impossibilities, then using a subjective well-being measurement (such as utility) is questionable, since those that live in deprived neighborhoods adapt their preferences and conception of their opportunities to the outcomes they believe are reachable: their subjective utility measure is ‘subdued’ compared the one of those that, because they live in privileged areas, aim for more and are therefore naturally satisfied by less. I want to challenge [with Frédéric Dufaux] this adaptive preferences postulate by showing if socially different persons (in terms of residential location, social position, trajectories, identities…) do have different visions 1) of their own well-being and 2) of Social justice principles in general.

The second and third important aspects of the capability approach are its consequentialist nature (compared to other, more procedural, social justice theories such as Rawlsianism and libertarianism) and its multidimensional definition of well-being, where effective realizations must be completed by freedom as opportunities and as agency freedom. I plan to check [with Sophie Harnay and Régis Lanneau] if consequentialism is universally preferred by people in all circumstances and if freedoms are valued as important dimensions of well-being.